In 2009, Malala Yousafzai was living the life of a normal teen growing up in the Swat valley of Northwestern Pakistan. What made life unusual was that the region she lived in was dealing with Taliban militants who were attempting to take control of the region. What made her life especially unusual was that she was writing an anonymous blog about her life for the British Broadcasting Corporation (BBC) called “Diary of  Pakistani Schoolgirl.” In the blog, which was originally written in Urdu, she chronicled the day-to-day life of her and her classmates as they tried to continue their education in a place where girls’ schools were under threat from the strict Taliban interpretation of Sharia law.

Over the next few years, Malala and her views on education gained more public attention through a New York Times documentary and a series of interviews with media organizations around the world. Her willingness to speak out about her perspective on education for girls drew attention to her. On October 9, 2012, a gunman boarded her school bus and fired three shots at her, hitting her in the left side of her forehead and injuring two of her friends as well.

Malala was in critical condition for days, but soon recovered enough to be brought to England, where her recovery continued and she underwent months of rehabilitation. The assassination attempt brought her story to the world, however, and when she was well enough, she began speaking out once again.

She is now an activist who travels the world sharing her thoughts on girls and education, and raising funds for scholarships to send girls around the world to school, but only during school breaks. She is also a high school student in the UK who has to worry about things like exams and getting to class on time. She knows that in order to reach her goal of becoming a politician in her home country, she needs to complete her education first.

In an interview with Scott Evans this August, Malala shared her story and some of her motivation. “My father,” she said, “treated me the same as my brothers. He didn’t want to clip my wings.”

To read an excerpt from the new Young Adult edition of her book, I Am Malala, click here.

And for a Malala’s inspirational message to every girl and every boy, watch the video below: 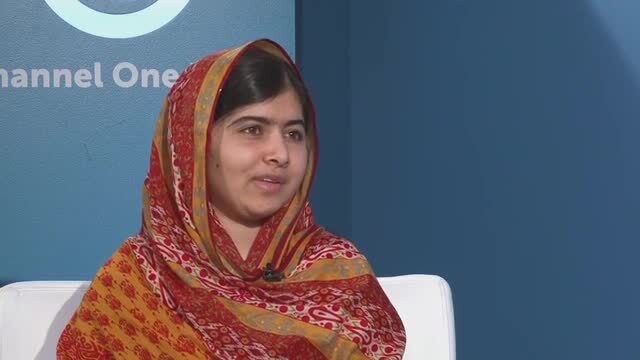 Malala, who risked her life for girls’ rights in Pakistan, travels the world sharing her passion for equal education for...

Day of the Girl
Full Story